The Hylotl is a playable Race in Starbound.

The Hylotl are an aquatic and land-dwelling race with a moderately short lifespan. Despite this race being based on the Axolotl, they lack the ability to breathe underwater.

This race has highly advanced in technology, however they are peaceful and live under traditional japanese buildings. This race is known to be very intelligent, with a lot of art, science and philosophy knowledge among them. The Hylotl own the Letheia Corporation, which is one of the most successful companies in the starbound galaxy.

The Hylotl have a long and bad history with the Floran. They were apparently at war with each other for a long period of time. The Hylotl did not use their advanced technology, which resulted in a Floran invasion and the Hylotls having to settle on Ocean Planets. Although the Hylotls deny this, there is still a lot of tension between the two races.

Similar to the other races, if a player chooses to be a Hylotl, they are given their own unique Armor, as well a unique Spaceship with its own unique Pet. They will have melee weapons in their default crafting, similar to all races except Novakid. Thus, they cannot obtain Novakid Weaponry.

The Hylotl Villages will spawn primarily on Ocean Planets, although it is possible for the villages to spawn on other planets as well. 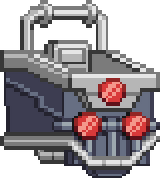 Hylotl Spaceship
Add a photo to this gallery

Retrieved from "https://starbound.fandom.com/wiki/Hylotl?oldid=58869"
Community content is available under CC-BY-SA unless otherwise noted.