The Avians are a playable race in Starbound.

Avian culture revolves around the worship of Kluex, the winged god of the Aether. Kluex was originally a prominent judge and ruler of the Avians who played a critical role in the Avian's advancement into the space age: some years after his death, he was deitified by his people.

Avians have since separated into two factions; the Stargazers, who believe in and worship Kluex, and the Grounded, who reject Kluex and often deny his very existence.

Stargazers believe they were stripped of their wings as punishment for entering the mortal world and will only regain their wings in the afterlife should they achieve absolution through worship. Throughout their history Avians have always been a primitive race, making little scientific progress. Avian numbers were beginning to dwindle when a superior race took pity and bestowed the gift of advanced technology upon them. This new found tech allowed the Avians to flourish and spread across the universe, building temples of worship as they went.

Though rarer, Avians have been known to stray from their religious culture. Dubbed the Grounded, these Avians became outcasts and find solace amongst other races.

Avian soldiers are trained from birth to be fierce warriors and will protect their settlements at any cost. Avian weaponry may look primitive at first glance, but the incorporation of advanced technology makes them particularly formidable. Avian generals forge wings for themselves that function much like jetpacks.

(This video may or may not be changed at a later date.)

Avos, home of the avian high priesthood.
It knew peace for millenia under the guidance of the Stargazers, readers of the feathers.
It is said the feathers convey the will of Kluex.
But sometimes.. the feathers fall dark.
And Kluex must be appeased.
To denounce your god can mean exile.
It can mean sacrifice.
But it can also mean freedom.

Abridged History of the Avians Edit

In the March 2013 edition of the Starbound Chronicle a downloadable PDF file of Avian lore was made available. You can view it here. Please note that this information is subject to change.

Avian towns consist of a mixture of houses, graves, watchtowers, and bazaars containing several merchants. In spite of their history, many of the Avians in these towns seem to be of "The Grounded," and will tell the player that they do not want to be taught about Kluex and that they had better not be Kluex priests in disguise.

Avian towns are an excellent find since, unlike some other towns, they are both easy to access and do not have automatically hostile guards: the guards will try to attack hostiles that approach the town, making it a fairly safe place for new players. However, the guards will become hostile if items within the town are destroyed or if a civilian or a guard is attacked. Oddly, Avians do not seem to notice when the player loots their chests, bookshelves, or even their graves: this may change in the future. As one would expect, merchants can be found in the bazaars, and can sell food, clothes and randomly generated weapons to the player for pixels.

Stargazer tombs can also be found on planets, identifiable by a large stone bird head above-ground. Tombs extend deep underground, and are filled with coffins, statues, masks, and chests. There is usually an abundance of guards in an Avian tomb, who are all automatically hostile and will attack the player on sight. Other dangers include long falls with sawblades at the bottom and birds made of bone that are also hostile.

Occasionally an Avian pirate ship may also be found. These ships float high above the surface, and can only be seen from the ground by the huge anchor which prevents them from moving; the ship itself is a wooden structure kept aloft by propellers, which will slaughter any explorers brazen enough to touch them. Surprisingly, the Avian pirates found on-board are not hostile to players unless provoked, and the airships can be treated similarly to Avian towns in this respect: however, ALL Avians on-board are armed, frequently with guns, making an armed takeover of the ship quite risky. The pirate ship also has a weapons merchant; this merchant has the distinction of being probably the earliest source of guns in the game if a ship is found in the Alpha sector. 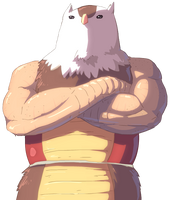 Avian spacecraft
Add a photo to this gallery